This book will make you question your own views, experiences and feelings towards intolerance, racism, religion, and inequality and generate the more relevant and powerful conversations about the future of our country moving forward.

The Color of Character 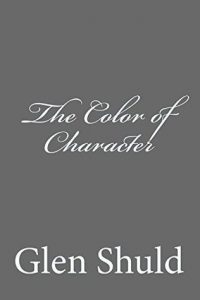 After growing up during the civil rights movement, Glen Feigman has always found pride in judging people not by the color of their skin but by the content of their character. As a gay man living in Chicago, he openly celebrated the election of President Barack Obama, and strives to stand for social justice in any way he can.

But despite his upbringing in a liberal Jewish family, Glen's relationship with race is more complicated than it seems. Disturbed by a recent strings of violent crimes in his hometown, he finds himself reflecting on earlier events in his life and the changing tone of his relationships with black childhood friends going back to junior high in the 1970's.

The result is a candid look at social issues that still affect America today-ones that bring into question issues of political correctness and the complexities of race relations.