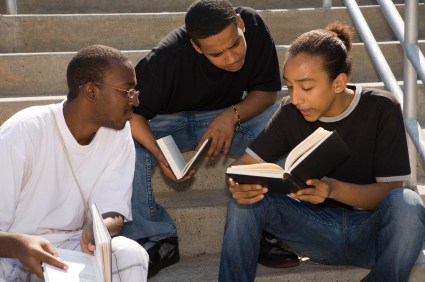 How effective at making immediate improvements are the accusatory fingers pointing at white privilege? How many black youth struggling in violent neighborhoods have been helped by cries of institutional racism? How many young man with no positive messengers to model themselves after have been given a positive direction by the more fortunate youth on our college campuses shouting down anyone who wants to challenge minority victimhood? I’ll let you decide.

I like to point out behaviors that are proven to make a positive difference quickly. Disadvantaged youth are being helped, but not by anyone described in the above paragraph. Help comes from smart, dedicated, quiet folks at the local level. The Chicago organization called Becoming A Man (BAM), would never get the attention of the finger pointers and the ones shutting down dialogue that could actually offer helpful alternatives. But BAM is making a difference, albeit a small one. But if one life is saved and redirected to a productive adulthood, who is to say its effect is small?

BAM is not looking for special status for the young men it helps. The breast-beaters of eternal victimhood would do well to look to themselves to see how to truly make a positive difference in the lives of people for whom they cry out so much, or in their own lives. They could do it now, rather than trying to move a massive and diverse society into some ill-defined behavior that thus far has shown no positive results.

Here is an article in The Atlantic that explains BAM and talks to its founder. Click here, especially if you are a finger-pointer shouting down “the other.” Look at a man who cares more about making real improvements in people’s lives today, than in getting out of class to stifle discussion.