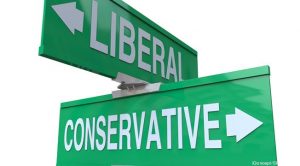 It has been a relatively long time since my last post. To my legions and legions of followers (pause for laughter), my apologies.  I know the world has been holding its collective breath for my thoughts.

The reason for the delay is the difficulty in finding new ways to say the same thing. Although the topic of finding a way to improve race relations in America is worth repeating, until there is nothing left to talk about, I have been trying to find an original approach.

There seem to be only two sides to the visible and vocal town criers. There is the angry black and apologist white (often called liberal), who together find racism so endemic to American life, that there is no hope but for all whites to return to their countries of origin; but not before paying reparations.

There are the angry whites whose comments indicate that the only blacks they know are Al Sharpton, anyone on welfare who isn’t white, and the urban gang-bangers who hold up whites when they aren’t killing rival gang members.

Then there is I who repeats the message that we have to find the reasonable representative black and white populations who will not shout and accuse, but truly listen, as well as explain their collective hopes and grievances to each other. After thoughtfully processing what they have heard and learned, they will work together to turn hopes into realities, and make grievances disappear.

But am I the only one in my category?

In scouring Google alerts on racism, and daily Twitter feeds from all sorts of news sources, I have found my crowd. They recognize the past and present ills of racism in America. They also recognize the aspects of black American society that is problematic to blacks, whites, and all Americans. They do not look for racist intent in every syllable spoken and written by whites. They don’t make excuses for the misconduct on all sides, and they call it out when they see it. They ask for fair, but not special treatment. They suggest modifications to governing agencies that they believe would level any playing fields that are now uneven at best. They look for the ways that people succeed in America despite adversity – these never include playing the victim. They are tough on everyone. They live by their own words. They are the people commonly known as black conservatives. An oxymoron for some. A hateful group to those who accuse them of being traitors, apologists, and any number of insults. Thomas Sowell, Robert A. George, Walter Williams, and Glen Loury are excellent examples of thinkers I admire.

Yet black conservatives are the group whose views most closely align with my own on racism. I will go out on a limb here and say that many white Americans agree with them: those like me who are perplexed by the barrage of accusations that we are racist idiots without hope of redemption, and disheartened by the prevalence of violence in our black urban communities.

Black conservatives can call out blacks who they see as divisive by word or deed in a way that no white can. By their own lives, they show what can be achieved while still working to make America better for everyone. Just as I part ways with white conservatives on many social issues, I’ve learned that my politics is not a perfect fit with black conservatives, but it suits me with respect to my views on how to improve race relations. Black conservatives are closely associated with issues as they relate to the welfare of the black community – even if they do agree with their white conservative counterparts on everything else. They don’t flinch at politically incorrect realities. They face them head on.

What I can’t figure out is how to join with them, along with the silent members of the white community who agree with them. The problem is there is no counterpart with whom to have a working dialogue. If you are a black conservative, you are called an Uncle Tom. If you are white and agree with black conservatives, you are called a racist. So we remain silent. And that brings me back to my original message. No problem was ever resolved without a dialogue; one that includes active listening, and where both parties are open to learn from what they hear, and adjust their own thinking. What we have now is one side shouting accusations, sitting in judgement, and expecting the other side to make it all better. The other side shakes its collective head, and turns away. So here I am. Thinking like a black conservative, and relagated to the sidelines.